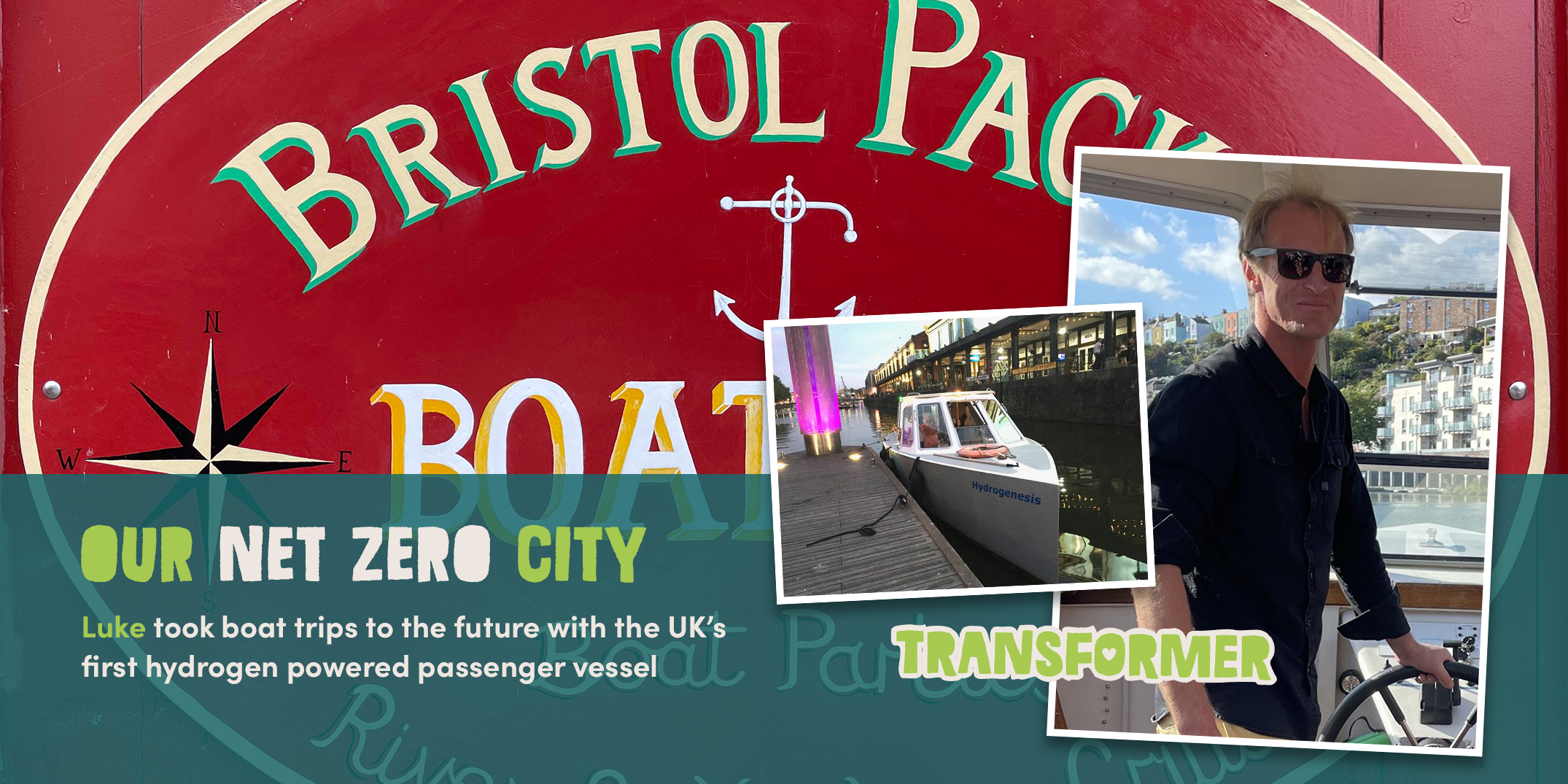 Headquartered against the backdrop of the SS Great Britain, Bristol Packet Boat Trips is also something of an institution on the harbourside.

But, while one of their fleet, the iconic Tower Belle, is over 100 years old, this forward-thinking passenger boat company also runs the UK’s first hydrogen powered passenger vessel, the Hydrogenesis, which was included in the bid that helped Bristol win the European Green Capital award in 2015.

The Hydrogenesis, named following a competition in the local community, was borne out of a collaborative idea nearly a decade ago. At a time when very few people were talking about decarbonising their transport.

“The idea was to try and prove the technology because it is such a perfect system. You’re not relying on burning coal to create electricity, you’re creating your own electricity from renewable sources with hydrogen”, said Luke Dunstan, manager of Bristol Packet Boat Trips.

The Bristol Hydrogen Boats consortium, which included Keith and Luke Dunstan, the father and son manager of Bristol Packet Boat Trips, submitted their proposal and subsequently won funding to build the boat, which was launched in 2011. But, just as the SS Great Britain was ahead of its time, after the initial interest in the Hydrogenesis, a price drop in diesel around the same time meant that, “no-one seemed interested in decarbonising and the conversation went flat for a few years”, according to Luke.

However, as the importance of reducing carbon emissions to tackle the climate crisis has increased in urgency, the Hydrogenesis is now experiencing renewed interest from passengers and also from other maritime operators who are keen to explore options to decarbonise and future-proof their own fleet. Following a trip to Amsterdam, where boats are already being electrified ahead of the diesel ban in Holland in 2025, Luke is confident Bristol can be the UK’s first net zero city by 2030 and is keen that Bristol Packet becomes the go-to expert in marine electrification in the UK;

“Bristol is as good a place to do this as anywhere else as it’s so forward-thinking.”

Powered by hydrogen fuel cells that create electricity to power the motor, the Hydrogenesis can also be charged when docked and plugged into the National Grid. And in terms of taking care of the boat, the technology used is a much more low-maintenance system than a typical diesel vessel because - just like with electric cars - there isn’t an engine with lots of moving parts.

“Compared to a diesel engine where you’re doing oil changes, changing filters, and they’re often breaking down, it’s an absolutely brilliant system with virtually no maintenance. It works every time”.

This also means it’s a much more pleasurable experience for passengers too, who can enjoy a trip without the usual noise, vibrations or emissions. In fact, because the boat is powered through a fuel mix of hydrogen and oxygen, there’s only one emission from the boat;

“The only emission is water. And it’s not dirty water, it’s clean. You could even drink it if you wanted to!” laughs Luke.

As a family, Luke and his parents have always wanted to be ahead of the curve and are committed to reducing the carbon emissions not just of their boat fleet, but in their personal lives too. Keith, who bought the Bristol Packet Boat Trips company in 1980, drives an electric car and Luke, who lives on Bristol Harbourside, recently went gas-free and changed his home energy source to fully electric.

“We’ve all got to bring ourselves as up to date as possible and think about our emissions, for example the amount of gas we use in our homes. Because we can change that.”

While Luke is a champion of green marine technology and - funds permitting - would love to electrify the four other Bristol Packet vessels, he understands concerns from other operators in transitioning their own fleet, especially with regards to local infrastructure, which is why he’s keen to showcase the Hydrogenesis as much as possible, and use it as a proof of concept for future maritime travel;

“Eventually we’d like to put a Tesla stack in the front compartment and then we’ll be able to triple the distance we can go!” Luke says.

“We want to encourage enthusiasm and introduce confidence in the technology because it’s now or never. We’re running out of time to save the planet and we’ve got to start making choices and change the way we behave.”

If your business is leading the way with green technology, why not let us know and become one of our business Transformers?